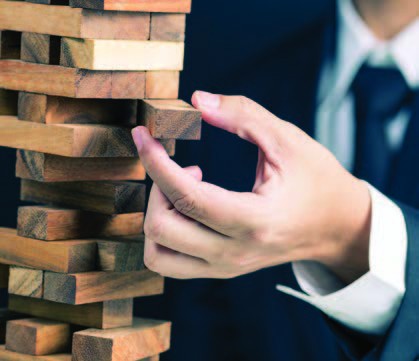 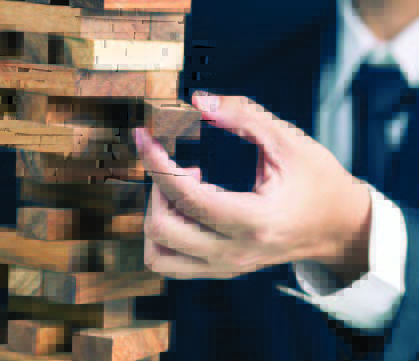 Higher Anxiety? Our ‘age of anxiety’ began four centuries ago

It can come on suddenly and intensely, causing shaking, confusion and difficulty breathing for no apparent reason…trigger an irrational avoidance of elevators or public transportation…or become a steady drumbeat of worry always in the background. All are known as anxiety disorders, one of the country’s most commonly experienced yet largely untreated mental health issues. Is our era of 24/7 disturbing news, packed schedules and often unrealistic expectations spurring a rise in these disorders, or does it just seem that way?

Modern life can be disquieting, but the truth is that anxiety disorders have always impacted large numbers of people around the world. Consider this description of Hippocrates’ patient in 1621’s The Anatomy of Melancholy: “He dare not come into company for fear he should be misused, disgraced, overshoot himself in gestures or speeches, or be sick; he thinks every man observeth him” – a classic case of what would now be diagnosed as social anxiety disorder. Recent research notes that anxiety disorders may be under-recognized and under-treated, but there is no evidence that its prevalence has increased. While the incidence rose from 9 to 15 percent in college students since 2009, according to the Journal of American College Health, the authors attribute the finding to a greater willingness to admit having a mental health issue and increased acceptance of it as a bona fide health problem.

Constant anxiety undeniably takes a toll on health, potentially increasing levels of the stress hormone cortisol and raising blood pressure and may drive inflammation and plaque formation that leads to heart attack and strokes. A reaction to stress that occurs in a region of the brain called the amygdala, anxiety prepares people to confront a crisis by putting the body on alert. The ‘fight or flight’ response serves us well when faced with actual danger but is counter-productive when dealing with worries around work, money, family life or health. However, it’s only when daily function is affected that a disorder is diagnosed, as shown below:

Everyday Anxiety: Embarrassment or self-consciousness in an uncomfortable or awkward social situation
Anxiety Disorder: Avoiding social situations for fear of being judged, embarrassed or humiliated

Everyday Anxiety: A case of nerves or sweating before a big test, business presentation, stage performance or other significant event
Anxiety Disorder: Seemingly out-of-the-blue panic attacks and preoccupation with the fear of having another one

Additionally, anxiety disorders may play a role in exacerbating other conditions such as irritable bowel syndrome (IBS), chronic respiratory disease and heart disease.

Reassuringly, the number of treatment options, both pharmaceutical and non, has grown. Most effective is a combination approach of psychotherapy (cognitive-behavioral therapy, focused talk therapy or exposure therapy), stress management (deep breathing, meditation and yoga) and antidepressant and/or anti-anxiety medications.

Finally, considerable benefits are seen from a healthy lifestyle – reduced intake of caffeine, tea, cola and chocolate, avoidance of recreational drugs and excessive alcohol, and emphasizing exercise, a nutritious diet, and most importantly, a good night’s sleep. According to a recent University of California at Berkley study, the amygdala was particularly stimulated when sleep deprived, mirroring that of anxiety disorders, suggesting that sleep therapy could reduce anxiety in people suffering from panic attacks, GAD and other conditions.

People in the U.S. affected by anxiety disorders
Source: NIMH.gov

Percentage of Americans with an anxiety disorder who receive treatment
Source: ADAA.org

The post The Age of Anxiety appeared first on Specialdocs Consultants.

Stressed Out? A Guide to Signs, Symptoms

Forget Me Not: Normal Aging, Mild Cognitive Impairment or Dementia?